One of the pleasures of having music as a hobby, besides all the roadtrip time killed and shortcuts to friendship and sex, is that there will never, inshallah, be an open letter about free speech. I don’t want to jinx it but, also, it will never happen. There is currently a low energy twitter account attempting to replicate some Intellectual Dark Web talking points. It claims to be made up of industry insiders but it’s clearly not. Not enough exclamation points! I’m not going to name the twitter account. Not out of some Voldemortian fear of it being summoned from whatever cursed suburban mirror/deep well Cancel Culture Counterrevolutionaries spawn from, but because - like hopepunk and literal Voldemort - said organization is not real. Not within the music industry and certainly not In Real Life. And I don’t intend to intend it into existence. The chances of 150 musicians/industry types signing a Harper’s style letter decrying illiberal forces of censorship is hella exactly nil.

When I say that there will never be a mass inwardly directed Free Speech kerfuffle within the music “industry,” I mean “industry” as a generalized umbrella encompassing musicians and infrastructure population of rock, pop, punk, “indie,” hip hop, dance, noise, country, grebo, industrial, shoegaze, vaporwave, hardcore, seapunk, scramz, power electronics, DIY, freak folk, crust, funk, funk-metal, post-metal, power metal, etc. I’m even going to be bold and include death and black metal. None of ‘em will be signing any letters. Not even Fenriz.

The reasons the music industry will never, ever (Be'ezrát hashém) have to deal with the endless Free Speech Open Letter timeloop everyone (using the term “everyone” *cough* pretty loosely) else is stuck in are manifold. And not just the rightwing bugbear that every single person with even a passing relationship to the music industry is a raging commie romping in our furry terrariums atop a bed of shredded American flags, identifying as helicopters, and plotting Palestine’s liberation over brunch. That’s certainly part of it, but there’s other things at work as well.

First off, the world of (varying degrees of) popular music has always been eminently comfortable with the inherent tensions of a capitalistic business model built upon the ostensible subversion of previously held social norms. Or, as the squares call it, “lying.” Whether one subscribes to Consolidated’s specific ideas behind 1990’s “The Myth of Rock” or the more chaotic thought control theorizing of that has populated the written works of Ian Svenonius, we can all agree that, regardless the freak flag flown by individual cogs, the music industry’s interests coincide with the state’s more often than not. When one thinks of imperialistic police actions in Southeast Asia, the first thing that comes to mind is CCR’s anti war song “Fortunate Son.” The cognitive dissonance is non existent. One man says, “common sense says it’s by design.” Another says “Don't worry be happy/ Was a number one jam/ Damn if I say it you can slap me right here.” The fact that “Fight The Power” is a standard and “Don’t Worry Be Happy” is a forgotten novelty just shows how good the industry is at keeping the empire tight while serving up the MC5. (With that band, in turn, served by the silent, subservient gals of the Trans-Love Energies commune.) This is not to claim that all counterculture is a collaborationist lie and the entire industry is a fascist psy-op. I’m just saying I wrote about a lot of punk bands for VICE. A lot of anarchists worked for Spotify and MTV. Peste Noir was one of P4K’s top metal albums of 2011. The blog that broke The Killers used to post links to Al Qaeda beheadings from The Drudge Report. Let us just agree that we, as an industry, are, like I said, comfortable with a degree of contradiction.

This is not to say either that the music industry is averse to internal agitation, coupled with a strongly worded letter. We’ll sign an anti-Amazon thing for sure. And letters like that are objectively correct, with real world material goals. I even knew a couple bands that took real financial hits for signing that. That some of the signers would have hand fed an orphan to Jeff Bezos in 2015 for a writeup in Stereogum doesn’t really matter too much. That kind of hypocrite is so close to my kin I couldn’t stay mad for even a minute. But that sort of petition is also in line with an industry made up of individuals with good intentions, pushing against and operating within a system that’s apolitical in a way that your most fence-walking black metal band could never dream of. Point being, to think of the music industry itself as some sort of bastion of political correctness, you have to be somewhat... literal minded. Or the guitarist of Five Finger Death Punch. Tomato Tomahto. (That’s also partially why that unnamed twitter account’s claims of being industry insiders is so laughable. They copy and pasted the censorship complaints of other industries without even an inkling of how any of this works. Obectivism addled goombas brought a potato-gun to a nuance fight.)

I don’t doubt that some secretly conservative (or “classically liberal”) musicians feel constrained by the loud leftism of their peers. Hell, I know a few libertarian friends (and enemies with mouthy friends) who keep their search histories on lock. But none of them seem to draw from the pooled sense of put-upon aggrievement that the signers of the Harper’s Letter share. Presumably when they donned their first “Nazi Punks Fuck Off” shirt as teenagers, they knew what they were signing on for, even as their personal politics drifted in the Exene Cervenka or, god have mercy, Dave Mustaine direction. There has never been an equivalent of The Atlantic in the music biz. Closest we ever came was “We Didn’t Start the Fire” and, arguably, RUSH lyrics. We’ve always kept our centerism wrapped in a pair of ass-flattering progressive bluejeans; a “corporate magazines still suck” shirt on the cover of Rolling Stone. So the *redacted* and *redacted*s of the industry presumably made their peace long ago with keeping their weirdo shit contained to the occasional allusion to lizard people in interviews in Decibel.

But I think the main reason most non-leftists in the music industry feel both unconstrained by doctrinaire peers and disinclined to start a letter writing campaign against Propagandhi and the editorial board of Jezebel is for the simple reason that… they really are free of constraint and, more so than in any other cultural industry, can pretty much say what they want with little chance of “cancelation.” Depending on your point of view, our track record for thoughtcrime repercussions is either admirable or abysmal. And the reason for that is not the Illuminati. Or at least not just them. The safety net for musical miscreants is the nature of music’s fandom. Whether you’re a straight-up racist like Phil Anselmo or a well-intentioned egotist like Matty Healy, any mob mad at you is outnumbered by at least enough fans to keep filling clubs, even occasionally arenas. The way music works on the brain and heart inspires loyalty and forgiveness beyond all other mediums. The sort of loyalty that grants a musician more than one onstage roman salute before the mob even thinks to mobilize; seig heil freebees into the tertiary realm! I say this not as a complaint (exactly). While having no affection for celebrity scumbags of any stripe, I do think we’ve gotten (slightly) better at cancelling those who do physical and/or emotional harm while remaining pretty laissez faire, outside of yelling online, about the musician’s prerogative to have a shitty personality and/or politics. With the result being that instead of a cohesive gang of free speech crybabies we have a few hundred lone wolf jerkoffs. With crapulent speechifying ranging in severity from J Cole’s inept condescension of Noname to Courtney Love’s unprovoked, laughably hypocritical slander of Linda Sarsour to Douglas P’s out-and-out fascism, artists continue to sell records that the individual buyer can beware as they see fit. And, on some level, I suspect the individual artists know that, so long as they keep it moving (either by tweeting through it or never tweeting at all), they’re in the right line of work to get away with whatever noxious bullshit they’re compelled to say. Again, not really a complaint (exactly). As long as serial history-misunderstanders like Myrkur and Nick Cannon don’t find common cause in the infernal temptation of open letter writing, I wish them no specific harm beyond online pile-ons and the occasional antifa stinkbomb. I still believe in the primacy of the individual in art. Even if said individual is a profoundly unpleasant dum dum. (If I haven’t been clear, however, I also firmly believe in accountability. If you say racist/-phobic shit, other individuals are well within their rights to yell at you and to call for the boycotting of your art.) (And to be ABUNDANTLY clear, this entire essay is devoted to speech/beliefs alone, NOT abuse or sexual predation. I think the conflation of beliefs and action can do a disservice to survivors but my tolerance extends only ever to problematic belief, not problematic action. tbc. tbc. TBC.)

There’s a tendency amongst those in (and out) of the music industry to see “cancel culture” as something within the same tradition as the censorious bullying of Tipper Gore and her ‘80s ilk’s war against artists like Ice-T and the Dead Kennedys. Or even Bill Clinton’s vilification of Sister Souljah. Readers of this newsletter presumably don’t need the difference between those examples of state backed villainy and marginalized groups advocating for themselves on social media spelled out. At the risk of sounding like a pollyanna, I think most musicians (and industry apparatchiks) understand the enormous difference. While, as seen in Billboard’s profile of Ben Hopkins and the industry wide readmission to the indie spotlight of Pinegrove, there’s been a none too subtle regressive shift against the Me Too movement, the recently realized taboo against dehumanizing language appears to be holding. For now. We’ll see what happens when there’s a Democrat in office. There may well be a Harper’s Letter Two: Electric Boogaloo that is posted in January of 2021, signed by a who’s who of mid-aughts blogdom, maybe Phoebe Bridgers, at least ten prominent indie bass players, Lana Del Rey, prob someone from Wolves In The Throne Room, a Dirty Projector or two, and Common. And Chomsky. Maybe even with some signees recanting when they see that Boyd Rice or one of the guys from EYEHATEGOD signed too. Nick Cave will definitely sign and I will be soooooo sad. Yes, it is possible. Despite the precautions our industry has taken by making art a competition and turning “Stan” into a neutral term, an open letter may be written and we could all be caught in the time loop. And boy will my face be red. But I have a faith in our industry’s collective self-regard as unflappable and consistent as Lorraine Baines-(Tannen)-McFly’s substance abuse issues throughout all the multiverses. And I choose to believe that our industry will remain as it has always been; chaotic, complicit, disingenuous, distrustful of united fronts for good or ill, wild and, at least on the surface, free. 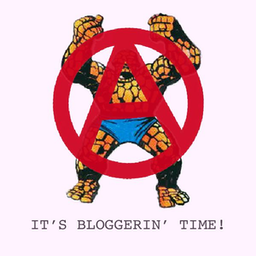 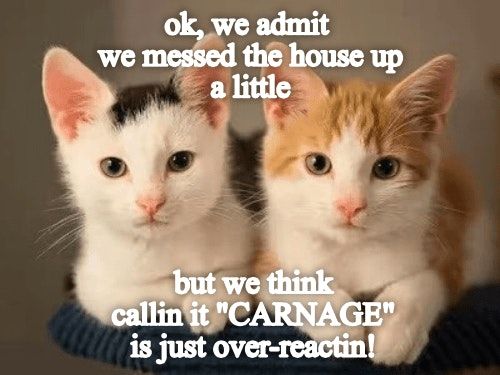 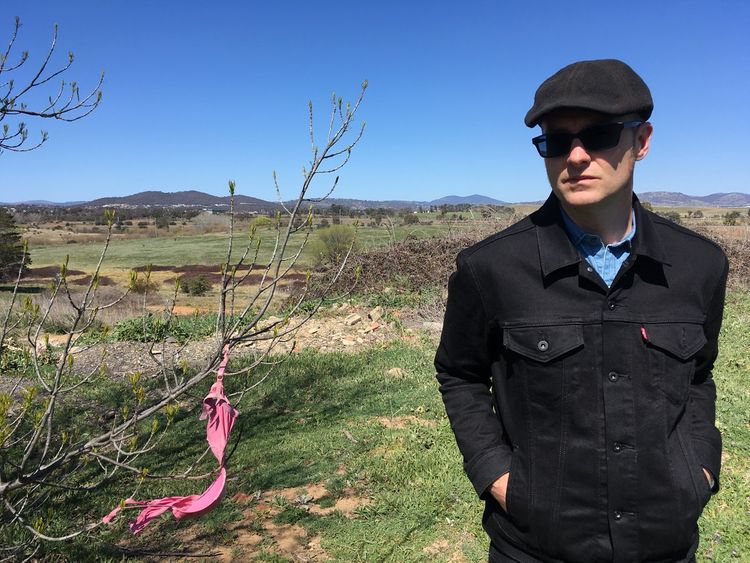 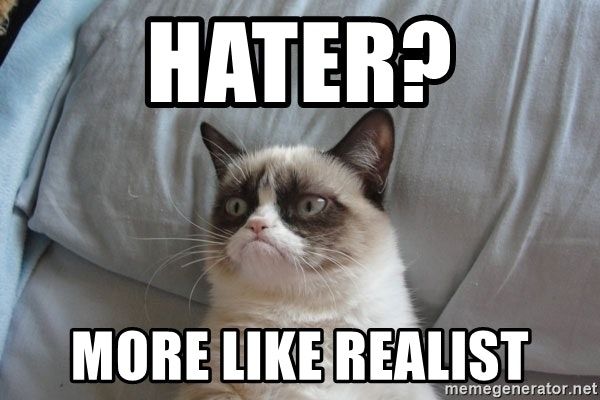